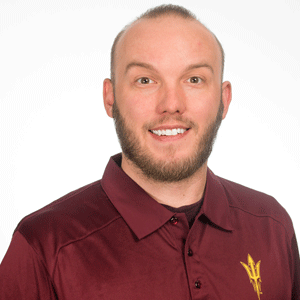 If you haven’t noticed all the 4K TV’s or 4K cameras out now, 4K is the “thing” now in the tech world and even 8k TVs are starting to show up.  The broadcasting industry, however, is in the stone age when it comes to that and we’re probably a long way from getting it.  Most sports channels are still broadcasting in 720p and some channels have caught up to 1080i but if you want your 4K screen to be filled up, you’ll have to scale it, but why is this? Shouldn’t the sports broadcast industry and broadcast industry be right on the heels of TV and camera technology with 4K?  Well the answer is it is and isn’t their fault or at leastin the United States of America.  Cable and Internet service providers just haven’t caught up with building the infrastructure to really support in 4K on live TV.It takes a lot of bandwidth to broadcast in 4K over cable and internet lines and that bandwidth just isn’t there yet.  Cable and Internet providers would have to run fiber everywhere to really catch up with the technology.  So as a TV company why buy 4K stuff when you can’t really use it to its full potential yet and when your competition isn’t using it yet? From a business perspective, it’s just better to wait at the moment while the technologyis improving and getting cheaper until it can actually be usedto its full potential or seeing your competition using it.  As for streaming on the internet, it takes high upload speeds, about at least 5mbps and high download streaming speeds which are available in most American cities, but not at a really affordable price to have consumers want and use it. So, the technology and equipment is there, the industry is just not using it.

Speaking of streaming, what’s up with streaming sports? With so many shows and different content available with a click of a button or a mouse, many are watching what they want, where they want and when they want.  Because of this more and more people are “cutting the cord” and with more and more people “cutting the cord” they are noticing the lack of live sports content or that its spread out unless they subscribe to what seems like a thousand different services.  Companies are still in the old method of what cable providers do and are offering “packages” and the“packages” might not have everything you want or a bunch of stuff you don’t care about. The best option instead of this offering “packages” is to give people an option to choose what teams or sports or channels they want to and charge the viewer by the content they want to watch. Wouldn’t it be great to be able to watch just your sport, team or just a channel and be charged just for that?  Some professional sports are providing their sport but are sometimes subject to blackout or are quite expensive.  The best way to go about this is providers can still offer “package” deals, but theviewer would be more inclined to purchase what they want to watch at a higher price per channel, team, sport, hobby, etc. which would be cheaper than the “package” that contains everything they want but it’s just what they will use. So 4k and better streaming live sports are slowly going to make their way to us but the TV and camera technology is going to stay far ahead of the industry.

Digital Transformation and technological advancements in a NEO Bank

The Bank's Experience: How a Company's Use of Fintech Can Accelerate...

Fintech solutions for the exploding savings market: How banks can...

Looking to Finance a Tech Startup? Your Timing May Be Just Right

A Proven Use Case of EDI at Malouf