A Glance into Evolution of Wearables and Connected Fitness

A Glance into Evolution of Wearables and Connected Fitness 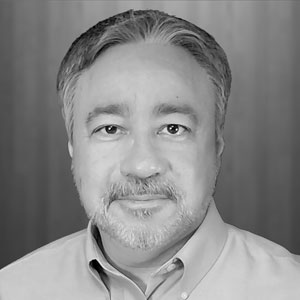 Two thousand and six was an epic year for Tre Kronor, the Swedish national ice hockey team. In a thrilling victory against Finland, they clinched gold at the Winter Olympics. That same year they bested (4–0) the Czech Republic to win the World Championships. Sweden became the first nation to hold both titles in the same year, a distinction they still hold today.

Earlier that year and just under seven thousand miles away,Sports retail  giant, Nike and then reemerging tech leader, Apple were secretly working on a revolutionary new piece of fitness tech called the Nike+iPod Sports Kit, a wireless device which connected with iPods and later iPhones. The device, placed inside a Nike shoe, enabled runners to log and monitor their runs using their iPods, all while listening to their favorite tunes.

As innovative as the product was it didn’t emerge from a vacuum. Like so many other innovations it was built on top of earlier advancements.

The 1970s saw advancements in low-cost microprocessors and sensors. It was also the time when John Bergey led the team who developed the world’s first digital watch, the Pulsar, and when digital tracking performance on cardiovascular equipment, such as treadmills and ellipticals, became a reality. Those machines originally appeared in gyms, but soon found their way into our homes.

The 80s and 90s saw a string of new digital products, but it wasn’t until the early 2000s that a digital fitness-centric device started to emerge. In 2003, Garmin introduced its Forerunner devices. Those devices were bulky and akin to strapping a large late-90s flip phone onto your wrist. Despite their size, those devices were a quantum leap from the mechanical step counters, electronic pedometers and digital watches that preceded it.

Over time, emerging fitness devices would decrease in size thanks to the commoditization of mobile phone components such as processors, chipsets and sensors. In many ways, modern wearable tech has been a spin-off of the near absolute ubiquity and market demand of mobile smartphones.

To some, it was clear that lower costs and miniaturization of wearables would lead to wider market acceptance. James Park and Eric Friedman saw that potential and founded Fitbit in 2007 with an initial raise of $400K. By 2015 the company went public with a 4.1 billion dollar evaluation. That same year, Apple launched its first generation Apple Watch which incorporated fitness features that paired well with iPhones.

Soon Nike, Sony, Pebble, and Samsung entered the market with their own fitness capable smartwatches. Today our smartwatches are nothing less than powerful wearable computers with human biometric sensors.

A key driver in the emergence of fitness devices is the need for individuals to track their health and fitness goals. Individuals with preexisting medical conditions and individuals interested in improving and maintaining their health naturally gravitated to the use of external tools to support their goals. Those tools range from food, diet, and medical components and extend to technological devices which measure and track activities.

The availability of low-cost fitness tracking devices spawned a movement of self-tracking. Wired Magazine editor Gary Wolf and Kevin Kelly, coined the term “Quantified self” to describe “a collaboration of users and tool makers who share an interest in self-knowledge through self-tracking”. Wearable tech can still be considered in its infancy but is actively being fueled by the Maker movement and funding sites such as Kickstarter.

The widespread availability of fitness trackers has also led to the emergence of an entire ecosystem of fitness apps. Apps like RunKeeper and Stravacombined connected and social fitness tracking. Games like Pokemon Go and ZombieRun feature gamification elements to get their owners moving.

Many people use their fitness trackers in combination with an ever-growing collection of fitness information, training and scenic videos freely available on YouTube.

So where does that leave the local gym? It turns out that we humans still enjoy working out in the presence of others. Indoor stadium cycling studios such as Soul Cycle and Flywheel offer its members a sense of community. There’s palpable energy generated while moving together in unison to a particularly motivational piece of music. The feeling has to be felt to be understood, but it’s not unlike other team sports.

This feeling of working out together has moved well beyond the gyms and into our homes via connected social fitness machines. These machines connect individuals via Internet connections to instructors and other studio members.

The iconic example is Peloton, who pioneered connected social fitness featuring live spin classes where at-home connected riders could spin with and compete against other riders across the country. Flywheel Sports followed as has Echelon and Mirror (mirror.co).

The Mirror product is a particularly interesting connected fitness device. It consists of a 40-inch flat screen monitor which is vertically wall-mounted. Think, mirror mirror on the wall, who’s the most fit of them all? As you face the mirror you see your reflection as well as an image of your instructor. Mirror, like Peloton and Flywheel offer Barre, offer strength and performance training classes.

The connected fitness space is growing rapidly. So what exactly are the next fitness invocations likely to look like? To answer this we need only consider that connected fitness devices and our smartphones and smartwatches already capture a great deal of data. Data that is ripe for mining and analysis. The next wave of fitness programs will use machine learning to analyze our workouts. It’s a case of where data becomes information, and information powers AI-based personal trainers.

Once a Google-glass-like device is perfected, the use of augmented reality could render a device like Mirror obsolete. Such an innovation would allow us to have better outdoor workouts. In the near future, we’ll also have the option of working out in virtual reality with AI-based personal trainers and interact and compete against others worldwide.

Connected fitness is poised to leverage the next round of technological innovations and help to create a more fit human species.

What It Truly Means For IT Security To Bea Business Enabler

Policy is a Key Solution to Stopping Packaging Waste

Congestion-Driven Basis Risk, A Challenge for the Development of...