DAS vs. Wi-Fi and the World's most Connected Stadium 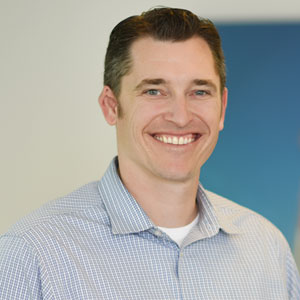 By nature, sports teams are very competitive. We see that on the pitch, courts, tracks and even in the school yards. In more recent years, a title bout has been taking place with the venues themselves. “The Most Connected Stadium in the World.” Whenever I see this term published, it does make me chuckle a bit. I always have a difficult time quantifying what constitutes this title. As you know, in sports generally it is the number of matches you won, and the other teams that you have defeated that constitute the championship title. With stadiums competing for this title, is it the venue that has crowned them with this title? Or, could it be the integrator that deployed the systems, or the hardware manufacturer making these claims? I have yet to find out who the governing body is for this title, however, I do have some of my own opinions on what creates a connected stadium. First, DAS think phone calls, Wi-Fi think internet connectivity.

In case you are not familiar, DAS is a way to deal with spots of poor cellular coverage inside a large building by installing a network of relatively small antennas throughout the venue. As a user of DAS, you would not even know that it exists; you would simply understand that your device has cellular connectivity. Most DAS in sports venues has been a neutral host system, which means that multiple carriers can lease access to the antennas for their customers’ connectivity. Integrators offering this solution would generally offer a large sum of money, upfront and recurring monthly revenue, to the venue, or venue manager and in return, they own the network and relationships with the carriers utilizing their infrastructure. This has resulted in carriers feeling that they have overpaid for the service, lending itself to a change in approach with DAS. We are now seeing venues or carriers themselves owning and operating DAS networks, and as such, are proving to be a much improved business model for, both, venues and carriers alike. The venues see consistent or even improved revenues, and the carriers are not feeling like they are being taken advantage of by a 3rd party integrator.

So, in the spirit of being consistent, here is a little background on Wi-F. Wi-Fi is the name of a popular wireless networking technology that uses radio waves to provide wireless high-speed internet. Unlike DAS, you need to actively onboard into the Wi- Fi network in order to reap the benefits, unless your device is set to connect to open networks. The first deployments of Wi- Fi in stadiums and arenas were nothing like the state of the art, high-density networks that we are seeing deployed today. Carriers were the tip of the spear when it came to these original Wi-Fi deployments. They decided that it would be in their best interest to offload data from the cellular network to Wi-Fi because of the cost associated was much less and performance for their customers increased. The problem was, they made a large investment (sometimes Eight Million dollars or more) for these networks and the question remained of how to generate an ROI. A number of years ago we saw a change in that approach. The carriers had not found a good way to truly monetize these networks and could not effectively generate an ROI for such a large investment. Today’s Wi-Fi networks are being owned and operated by the teams and venues. It only makes sense when you think about the fan engagement activity that can be performed over such a robust asset. The capacities of these networks are being designed for tomorrow's high definition replay, concessions and sponsorship activations. Venues are now deploying a wireless access point per 40-50 users. This means that the quality of service is improved and that ultimately enhances the fan experience at the venue AND, hopefully drawing that fan back to the venue as they were able to stay connected with friends on social and work, even though they told the boss that they were out sick for the day.

In case you have been living in a cave somewhere, Data is king! This is especially true when we are talking about connected stadiums. Unfortunately, because DAS is really just a passive network that is connected directly back to the carriers, the team and venue will never own or have access to the data on that network. Wi-Fi, on the other hand, is a tremendous opportunity for teams and venues to understand who their customers are visiting, what those customers are doing, and further allowing them to present a much targeted, enhanced fan experience. In my experience, this is the most valuable piece of the connected stadium. There are ways that you can use the data captured over Wi-Fi to directly impact revenue. Of course, the details of how one goes about doing this would require another article or book perhaps and not really in the scope of this particular article. While I personally believe that both DAS and Wi-Fi are required in a stadium, I also believe that Wi-Fi is the clear choice for and teams and venues to truly enhance fan experiences and ensure that those fans stay connected. With this network comes the responsibility to generate revenue over this investment. Please remember that when you are deploying a network at your venue, do not underestimate the number of access points required. Bad Internet is worse than no Internet!

Check This OUt: Top Small Cell and DAS Consulting/Service Companies

Leveraging Quality Engineering and DevOps to thrive in the face of...

Pioneering the Future Through Technology Innovation