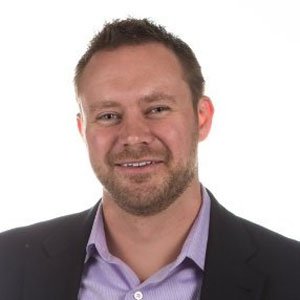 It’s been fun to watch technology continue to seep steadily into all aspects of sports and push the game, and the business of sports, to evolve. As an example, the NBA began using camera systems known as SportsVU to generate data points that track players and the ball throughout an entire game. Its impact is seen in how teams assess players and develop their game strategy as well as how fans engage through fantasy sports, keeping a watchful eye on their favorite players and tracking their in-game successes. Now, the MLB has something similar in place, known as Statcast. It just rolled out to all the stadiums this year, but will have an impact on game strategy and player evaluation for years to come. It’s already being used by the MLB to engage fans differently, enhancing game highlights and explaining the numbers behind some of the incredible plays.

Similarly, the NFL is rolling out its RFID tracking capability to all teams this year, which will track and generate data points for every player on the field throughout the game. As teams learn to handle and integrate this data into their existing game and player evaluation processes, we’ll see a shift in strategy where the winners and innovators will be using large scale analytics across all of their data. As more data is generated from these technologies, analytics will no longer be a luxury, but a necessity just to stay competitive. In fact, this is true for data and analytics in all the businesses lines we work across.

Another technology that has recently hit the sports world is virtual reality. In football, it enables players to view, from their position, an opposing defense or offense set-up before stepping onto the field. It’s being used now in practice, but imagine how it can be used right up to game time or even during half-time to help players prepare for specific scenarios they’re experiencing. Drones are also being tested and not just as new cameras for television or marketing. They’re being deployed in practice facilities to obtain better camera angles of player positioning and technique. It hasn’t been determined yet how impactful virtual reality or drones will truly be on game play, but they have potential to be a game changer.

With all the technology that’s launching today – virtual reality, wearable devices, camera systems, drones – the ability to measure and track sports data is at an all time high. And, more importantly, the sheer volume of data that we’re collecting is extraordinary. Take, for example, what’s happening with the MLB Statcast. It can track every movement of every player on the field as well as the ball’s movement throughout an entire game. More than seven terabytes of data are generated out of that system (as much space as 896 DVD movies) – per game!

“Through data science, teams can start to identify these insights and use them as a competitive advantage in their game preparation, even modeling out different game scenarios to help make the most informed decision possible”

Our traditional means of storing and analyzing data simply do not scale to handle that much data, and that’s where cloud computing comes in. Cloud computing can be used to not only store massive amounts of data, like you see from Statcast, but also to analyze it.

The cloud can be used alongside data generating technology to generate new insights from the game and produce very accurate and sophisticated machine learning models. We are now able to take every variable or feature that goes into a given moment in sports and determine its effects on the game. For example, if you’re looking to build a model to predict the best next pitch, there may actually be correlations between Data- A Game Changing Strategy for Sports informed decision possible. It’s a similar approach to one used in defense, healthcare or any other business. In sports, it’s just a different type of data and set of questions we’re answering. In the end, it’s about getting to data driven decision-making.

When people think about sports and technology, they tend to immediately gravitate towards on the field, i.e. evaluating players and measuring the game. But there is another side of a sports game that is extremely important – it’s focused on the business and engaging fans.

IoT is a very exciting topic no matter what industry you’re in, but is especially exciting when you think about experiencing sports as a fan. Almost everyone attending a game has a mobile device or wearable that connects them to the physical and digital world. Today’s arenas and stadiums are built to incorporate the latest technologies that communicate to regulate temperature, lights, and overall comfort of the environment, but they also deploy sensors like iBeacon’s that can communicate with mobile devices to provide information or special offers to someone attending a game based on their location.

IoT also allows sports franchises to better understand their customers. Through loyalty programs and incentives offered to fans who participate, franchises are able to better cater to their customers likes and dislikes. As sports teams constantly fight to bring fans to the stadium or ball park vs. staying in the comfort of their home, the data generated from IoT serves as a launching point for better venues, better experiences, and an overall better approach for engaging fans similar approach to one used in defense, healthcare or any other business. In sports, it’s just a different type of data and set of questions we’re answering. In the end, it’s about getting to data driven decision-making.