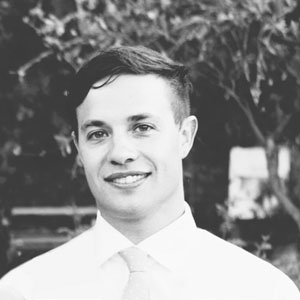 eSports? never heard of it…

At a high level, eSports is competitive video gaming. We can compare traditional sports such as the NFL, NBA and MLB to eSports LoL, Dota2 and CS:GO. And just like the NFL, LoL has leagues, teams and players. Players have positions. Teams play other teams in matches during a season in hopes of making it to their version of the “Superbowl”.

In 2015, LoL’s “Superbowl” called “Worlds” was held live at a sold out Staples Center. But unlike game 7 of the NBA finals that saw 26.3 Million viewers, Worlds had a record setting 32 Million.

We have recently seen an explosion of growth in eSports with global revenues expected to surpass 1.9 Billion by 2018. With elite players signing 7 figure contracts, and universities giving full scholarships to scouted talent, it’s quite easy to see the growing similarities between the two.

In many ways eSports in defining a new look on an older more traditional sports adage. Specifically data, how it’s collected, stored and consumed on the internet.

Ok, I’ll bite. I see the similarities. But what about the differences?

eSports as a market is currently present, meaning, it is rapidly defining itself. Players, viewers and trend settings tastemakers are young and extremely tech affluent. And unlike traditional sports, a staggering percentage of viewers actively play.

​eSports as a market is currently present, meaning, it is rapidly defining itself

eSports and its publishers have taken an open-source mentality and ran with it. Games are streamed live through sites like Twitch, youTube and Azubu. Anyone from publishers to influencers can commentate on games through created channels, thus growing their own viewership.

Live streaming, community chat, VOD’s cut-up and posted—its all free. Viewers watch what they want, when they want.

Yes, the 4th largest subreddit is /gaming, and yes, a common way for a team to cheat is to DDOS an opposing teams players forcing high stake games to be strictly LAN based.

All of this tells us that viewership is technically sophisticated in a way we may never see with traditional sports.

eSports has Big Data written all over it

In eSports, knowledge is power. Games are highly complex involving significant player and team strategy. Understanding game mechanics is essentially limitless and analyzing trends in everything from map positioning, player roles and team theory can give an edge to rain as victor.

The need for sourcing game data has never been greater. In the past 2 years we’ve seen a slew of startups focused on this emerging market. And since viewers, players and games all take place online, it only makes sense that the need for capturing digital content will remain in its future.

What is captured? Anything and everything. In LoL for example, a player gets points for Kills, Deaths, Assists and Creep. Teams score Turrets, Barons and Dragons Likewise, game metrics, player performance, team performance, players and their roles, roles, teams, items bought, gold collected and so forth. First collected as raw data, meaningful stats can eventually be derived.

Game publishers open stat API’s. 3rd party publishers use gathering techniques. Trolling to grab live players data. Site scraping and manual stat entry are just a few ways data is grabbed and warehoused for later use. Others then create tools, dashboards, online sites and open their own API’s exposing new types of refined data creating a round robin and thus fueling the ecosystem.

Analyzing large amounts of data and searching for predictable patterns is known as knowledge discovery.

Just as an athlete will train his/her body using advanced techniques (one could argue a specially designed workout algorithm?) to gain a competitive advantage. The same can be applied to eSports and data mining. These games are highly complex with a combination of skill and strategy being held in a digital world. The benefit of deriving certain patterns through stats may not always be transparent, but even the slightest edge on an opposing player can be the difference between a win, a loss or millions in the bank.

Big Data Visualization and the Future

The examples above are somewhat narrow minded focusing mainly on gameplay and how it relates to actual competition. The reality of eSports and Big Data is that its strength lies in its numbers. People love watching others play games. And who loves eyeballs on a screen more than advertising and marketing, unfortunately, most of Big Data and its resources will be directed just at this.

The good, is that this drives more money along with visibility into an emerging market, and if you are a gamer, you got to like that.

I like sports, I like watching sports. But everything can always be re-thought and made better. Uber put the taxi service on its heels, Airbnb gave life to quick trips and staycations, and Netflix changed just about everything. Maybe eSports will help shed some much needed light into the future of traditional sports and its old ways of thinking.

No doubt, this is the future.

No 'Silver bullet' answer for Cybersecurity, but Risk Mitigation is...

Working safely (and smartly) from home

The AI Transformation of Finance

Now More Than Ever, Every Employee Must Be Part of Our Cyber Teams

The Journey of Big Data: From Infrastructure to Insight