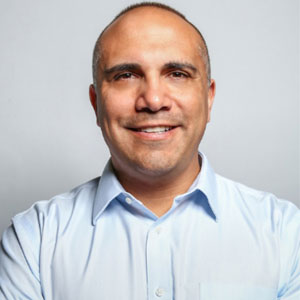 As the world becomes more connected through technology, the way we watch and enjoy sports has evolved. Global broadcasting has shifted how fans engage with their beloved teams, but now, the coliseums that capture our fandom have become virtual. The rise of esports is disrupting traditional sports leagues with many looking to expand their audiences with esports teams.

In 2017, esports had a global audience of 385 million people. The number more than doubled in five years, rising from 134 million in 2012 and is projected to grow exponentially to 1.8 billion by 2020.

As a business, it isn’t just fun and games. By 2020, revenue from the esports industry is expected to reach$1.5 billion.

Esports allows players and fans from across the world to participate in professional competitions and become the next big sporting superstar. Champions are claiming massive prize pools, earning global branding deals, and surpassing the followings of some of the world’s most recognizable athletes.

The NBA is the first traditional sports league in the US to embrace esports by creating a league based around the NBA 2K league. The NBA 2K series by Take Two interactive is wildly successful with over 68 million copies sold worldwide. The most recent installment, NBA 2K18 was the highest-selling sports game of 2017 in the US, and the second highest selling game overall behind Call of Duty. During this year’s inaugural season, 17 NBA franchises have developed gaming teams, drafting 102 players from a pool of over 70,000 gamers who attempted to qualify through the combine.

We are finding innovative ways of engaging fans before, during, and after the games both online and in person through the use of new technologies ​

This new league offers an opportunity for the NBA and its teams to connect with entirely new fanbases. With hundreds of millions of people watching esports across the world, the NBA teams will be able to tap into those fans and bring them into their communities. And by embracing the streaming platform Twitch, viewers from around the world can watch and engage with the next generation on sports superstars. NBA teams have an opportunity to learn from this experience and further embrace technology, using it to engage with fans and reach new audiences.

As a team, we are embracing esports—and all its opportunities and challenges—as it opens up new ways for fans to participate in and enjoy the game of basketball. We are finding innovative ways of engaging fans before, during, and after the games both online and in person through the use of new technologies such as augmented reality. In a partnership with CEEK Virtual Reality, for example, fans and players will be able to experience features inside the world of the NBA 2K League and Kings Guard.

As the rapidly growing numbers of fans and players demonstrate, esports cannot be ignored and will continue to become a growing part of global culture. By introducing traditional fans to esports, NBA teams can give their base another way to enjoy the game and cheer on their team.

Esports are the next frontier of global competition. It's an excellent opportunity for franchises to welcome even more fans and players into the game. The NBA and other sports leagues will continue to innovate and embrace new technology to improve the fan experience and bring more people into the game.

Digital Transformation and technological advancements in a NEO Bank

The Bank's Experience: How a Company's Use of Fintech Can Accelerate...

Fintech solutions for the exploding savings market: How banks can...

Looking to Finance a Tech Startup? Your Timing May Be Just Right

A Proven Use Case of EDI at Malouf