What Is Next For The Ticketing Industry? 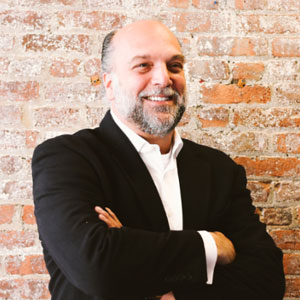 The ticketing industry has seen significant technological advances in recent years, and the landscape is almost unrecognizable from when Tickets.com was first incorporated over 20 years ago. Tickets.com is a technology company focused in the ticketing space.

With over 1,200 customers worldwide, Tickets.com, a privately held subsidiary of Major League Baseball Advanced Media, works with a variety of attractions, colleges, theatres, arenas and major sport venues of all sizes around the world.

Its unique take on ticketing is what sets Tickets.com apart, and over the last 12 months, Tickets.com has seen a 19 percent increase in ticket revenue, with ticket sales also up by 11 percent—both stats indicate the growth in business that many of our venues are experiencing.

So how technological trends impacting ticketing and what are is next for the industry?

At the center remains the consumer. How fans buy tickets and engage with venues is evolving, and technology remains the driving force for many of these behavioural changes.

NHL’s Buffalo Sabres now offer a full digital platform for all season tickets since the start of the 2016/17 season. Through the ‘One Buffalo’ app, fans now have access to Sabres information and tickets, enabled through the club's real-time integration with Tickets.com products, the ProVenue ticketing system and the MyTickets account management platform.

The MyTickets digital ticket also enables ticket forwarding consign back, donation, exchange, targeted promotions, secondary market and more. The concept of buying tickets on behalf of friends and family is nothing new, but the challenge for venues has been how to find out who the end-users of these tickets are, and crucially, how to access that data to support future campaigns?

Ticket forwarding through MyTickets has seen significant growth, with 155 percent more transactions recorded since its 2014 launch. To access their tickets, each recipient of a forwarded ticket is required to simply create a username and for their own account. Consequently, the venue can re-market to the buyer, as well as to all associated attendees.

Secondary market continues to make the headlines. Recently in the UK, the issue has reached Westminster, and a Parliamentary Review is underway to improve industry regulations for artists and fans alike.

Venues are always looking at ways to combat ticket scalpers but, when used correctly, technology can make secondary ticketing work by providing new opportunities for patrons to watch their favourite live experience.

Chelsea FC, one of soccer’s most popular clubs and four-time winners of the English Premier League, is one of these success stories. In 2014, Tickets. com was commissioned to build the club a new ticket exchange platform. The system allows all Chelsea season ticket holders to resell tickets to other holders and members and in its inaugural season, facilitated a 30 percent increase in ticket exchanges.

Since then, Replay has been introduced to offer a safe, secure and trustworthy platform for patrons buying and reselling tickets. The Boston Red Sox took Replay to the marketplace in 2015 and within 24 hours of its launch, over 47,000 tickets were posted to the site. Patrons are embracing the legitimacy of the fan-to-fan platform.

A similar response has been demonstrated with ticket donations. The MyTickets platform gives fans the option to donate tickets to a charity partner – just one of the initiatives of the organization’s T. Cares community outreach program—when the patron can no longer attend; a feature that is also grown over the last 12 months.

Cloud computing has also revolutionized every tech-based sector and ticketing is no exception. By implementing EMC storage, Tickets. com has cut its transaction-processing time in half – another benefit to venues and their patrons. Amazon Web Services (AWS) also supports all international ProVenue clients, allowing faster system roll-outstand the flexibility to scale up or down accordingly.

As for what is next for the ticketing industry, a mobile-first approach is key. Mobile adoption continues to rise. In October 2016, global mobile and tablet browsing overtook desktop for the first time, accounting for 51.3 percent of web traffic vs. 48.7 percent. This trend is not expected to slow and will continue to underpin ticketing strategies for venues globally.

Virtual Reality (VR), once a technology of the future, is becoming increasingly accessible, no longer knocking on the door but pushing its way into the consumer market.

For ticketing, the use of VR in seat selection already exists but is set to become more widespread. At some stadiums, patrons can already get a 360˚ digitally interactive experience from their chosen seat, with access to in-game footage and directional sound, before even stepping into a stadium.

Perhaps a more exciting development lies in the answer to the question, when does a sold-out event no longer become a sell-out?

Will we see tickets for big games sold for the ‘VR world’? VR could make game day attendance possible for fans that can’t get to games easily and help clubs tap into the larger international markets. The technology exists, so it may only be a matter of time.

The use of web-based open architecture enables platforms to support a wide variety of third-party applications and simplified data sharing it will remain a key tool for developers. It’s this flexibility and comprehensive data capture that will allow venues to establish and maintain long-term relationships with their patrons and it’s this concept that should remain central to the ticketing strategies of clubs worldwide.

Capturing data to target patrons with the right tickets, for the right price and at the right time is fundamental and technological developments will only encourage this trend. It is an exciting time to be a patron.