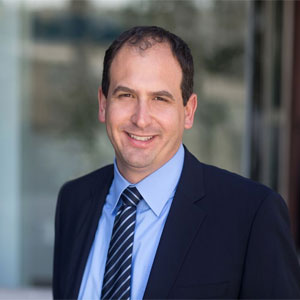 Christos Karmis, President
Over the past few years, technology has remodeled the sports arena. Leagues and franchises are capitalizing on it to expand their customer base. A considerable amount of advanced technology transition is caused by the demand for connectivity within sports and entertainment venues.

Mobilitie, a global provider of complete wireless solutions, works with sports venues to design, build, customize, and operate wireless networks that not only provide coverage and capacity needed today, but also anticipate the needs of tomorrow.

Mobilitie’s wireless coverage solutions keep fans connected. Fans want to share their experiences with family and friends, run mobile applications, and post photos and videos on their social media channels in real-time. “Whether in an indoor or outdoor environment, we use Distributed Antenna Systems (DAS), Small Cells, and Wi-Fi networks to increase connectivity in densely-populated venues. Our high-density wireless infrastructure is designed to facilitate the richest and most interactive mobile experiences, including real-time video streaming, location based services, and other mobile applications,” says Christos Karmis, President at Mobilitie.

Mobilitie has enhanced the fan experience across a wide spectrum of professional sports leagues including the NFL, NHL, NBA, MLB, and MLS. Mobilitie’s venue partners include Arrowhead Stadium—home of the Kansas City Chiefs, Edward Jones Dome—home of the St. Louis Rams, the Honda Center—home of the Anaheim Ducks, and Verizon Center—home of the Washington Wizards. “Partnership with the NHL’s Columbus Blue Jackets helped illustrate our relentless quest to provide the ultimate wireless service, making Nationwide Arena one of the most technologically advanced venues in the league,” notes Karmis.

With heavy investment in new technologies and wireless connectivity innovations, the company continues to reign as the largest privately-held wireless infrastructure provider in the United States. When Churchill Downs, the thoroughbred racetrack required increase in the coverage and capacity to accommodate guests’ ever increasing wireless demands, they selected Mobilitie to install a neutral host DAS.

Mobilitie’s new wireless infrastructure supported the demands of over 290,000 guests and upload videos, post photos to social networks, and share their special moments with family and friends in real-time. In addition, Mobilitie’s DAS network helped support record data traffic, eclipsing an estimated 10 terabytes. “The network was designed to provide optimal coverage and capacity throughout the venue, including the six main floors and basement, along with the grandstands, temporary suites, infield and rooftop garden party deck,” asserts Karmis.

Whether in an indoor or outdoor environment, we use DAS, Small Cells, and Wi-Fi networks to increase connectivity in densely populated venues

Mobilitie’s successful track record of building robust wireless networks in some of the most challenging environments further validates their expertise and commitment to exceed clients’ expectations every time. “We designed and deployed an innovative DAS that covers underground venues, including notoriously-challenging-for-connectivity transportation tunnels. Additionally, our team has deployed the first venue mobile application with indoor location based services and mapping, as well as a proprietary video broadcast technology for venues to broadcast videos directly to fans’ mobile devices,” says Karmis.

Mobilitie, with the ability to stay ahead of industrial trends, have the best carrier-focused team in the industry to ensure neutral host DAS networks. “We’re growing rapidly and deploying more venue infrastructure and outdoor macro networks than any other firm by a significant amount,” concludes Karmis.

Description
Funds, designs, builds and operates wireless infrastructure at the largest and most complex venues across all major industries, including sports and entertainment, real estate, hospitality, education, healthcare, government, and transportation.